After heading to the coast we stayed two nights at Polignano a Mare in Puglia. A stunning town up on the cliffs that has a beautiful walkway looking out over the Adriatic sea. We first pulled up to the north side, parked up on the rocky cliffs. You can look down over a little boat ramp area with a small bay. A guy swimming in the bay, hats off to him it can’t be that warm in there. Not sure about staying there the night we moved to the south side and parked in a car park by the stadium. A fab stop, close to town. We had two peaceful nights, practically the only vehicle in there at night. Polignano A Mare has a beautiful gate into the old town, with a fresco of christ depicted on it. As you walk to the main bridge you can walk down underneath to the rocky beach below. This beach is the main one you sea in the pictures once you google Polignano. You look up at the houses and building perched up over the ocean. Caves are below some of the cliffs and there is a restaurant that looks to be getting renovated that is in one of the caves. We couldn’t get close enough to have a look, but im sure it would be cool. The walkway along the coast goes from where we parked pretty much through the town, over the bridge and joins back up at the boat ramp bay. You can even walk along the bay to the other side. It was a real gem of a stop and we really like this coast. It seems so much more cleaner, and less rubbish fly-tipped everywhere. Tuesday we decided to do another big drive out of the Puglia region and into the Molise region. We are just south of Termoli and yesterday arrived at Di Vito an olive oil farm. It’s free to stay with electric. The owners are so nice and this has been our favourite stop so far in Italy. They have a shop here, with lots of products produced on the farm. It is so cheap, I bought red wine, two pestos and lemon infused olive oil for €14. The pesto we had for dinner, it was delicious. The wine is great and the olive oil, i have had on salad and Jas on bread today. I could really go spend a fortune in there it’s that good. Pesto in about 8 different flavours, infused olive oil also in multiple flavours. Garlic, Saffron, Lemon, Orange, Pepper. It’s hard to choose, to be honest. This morning we were greeted by Antonia, the mother of Luigi, she knocked on our camper with coffee and chocolate for breakfast. The son Luigi took us on a tour of the farm and factory today. It’s a family run business. Originally the grandfather started it over 60 years ago. It is now run by the father and three sons. Its a 100ha of various types of olives and over the last 30 years have added vineyards, producing their own wine as well. Some of the olive trees are 50 years old. Everything gets recycled here, the pulp of the olive and leaves, make fertiliser. The pip or stone becomes wood pulp that heats the vats and their homes. We were shown the different types of olive trees and the machines that harvest them. Then the machines that clean and extract the olive oil. Ending at the vats where they store them for a month. It was a great tour that ended up with us in their garden talking about prickly pear. We said cactus which they laughed at, and said no it’s not the desert. Luigi’s wife giving us rosemary from the garden and his father laughing at Jas in his shorts, saying if he was that hot he could get in and crush the grapes. Overall they are some of the nicest people we have met and I would come back here again in a heartbeat. Tomorrow another big drive towards Ancona. Whilst the sun is out and the days are nice, we are heading north. 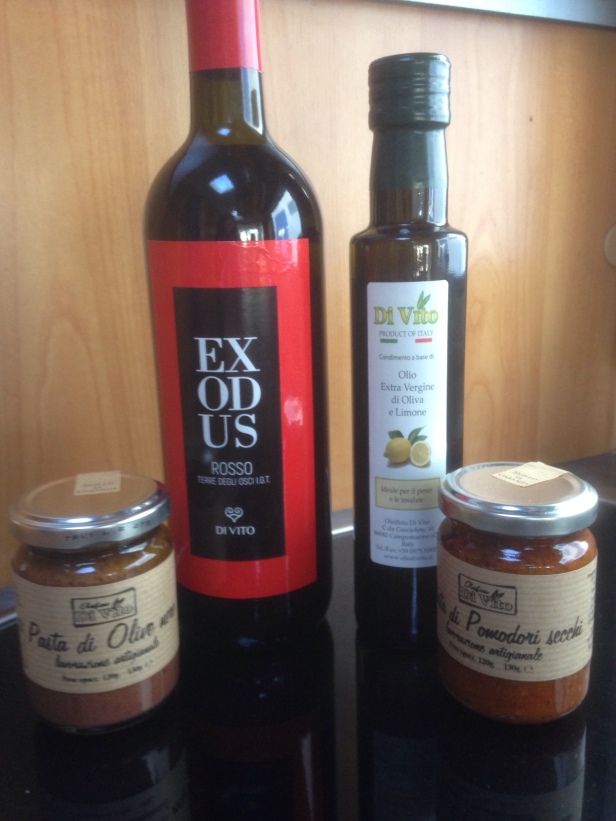 Love this photo of playtime
tired after a walk up the billywynt, think ill rest here
Enjoying a Sicilian lemon cider whilst i wait for my bbq burgers
Its a dogs life just chillaxing in the sun
When you are the most comfortable sleeping with your head on the footstool and everything else on the settee #colliesofinstagram #princegeorge #jorgio
Great fish n chips from The Cross Inn Llantrisant #fishnchips