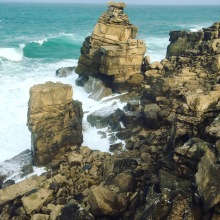 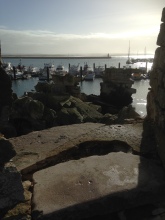 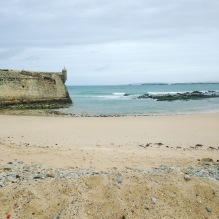 We are staying at Peniche for four days waiting out the New year period to get our camper fixed down by Lisboa (Lisbon). Not a bad place to stay on the coast of the Atlantic. Today we walked the tip of Cabo Carvoeiro along the rugged peninsula about 7.5km return from our base. The town itself has an impressive walls and we are a minutes walk to the beach from inside. Surf beaches are a popular destination here, and surf shops line the boardwalk. I can see this place would be packed in summer it has everything here, including a pretty wicked view from the cliffs as we left the Continte supermarket today.

Portugal, the thinks we love and don’t

Still to hit the Algarve, but so far the scenery especially the beaches are stunning in the west.  It’s easy to sit on the beach and chill for a week or two……….