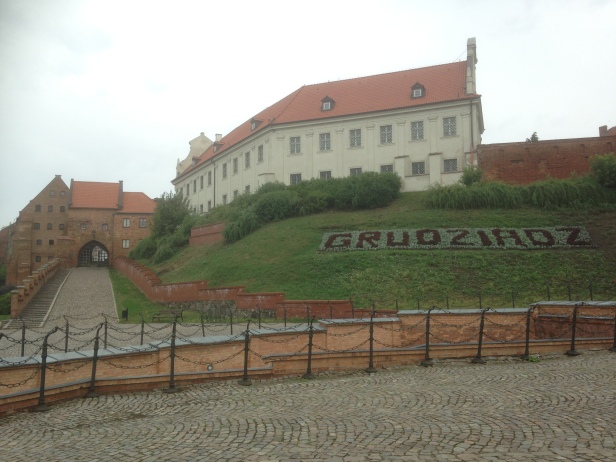 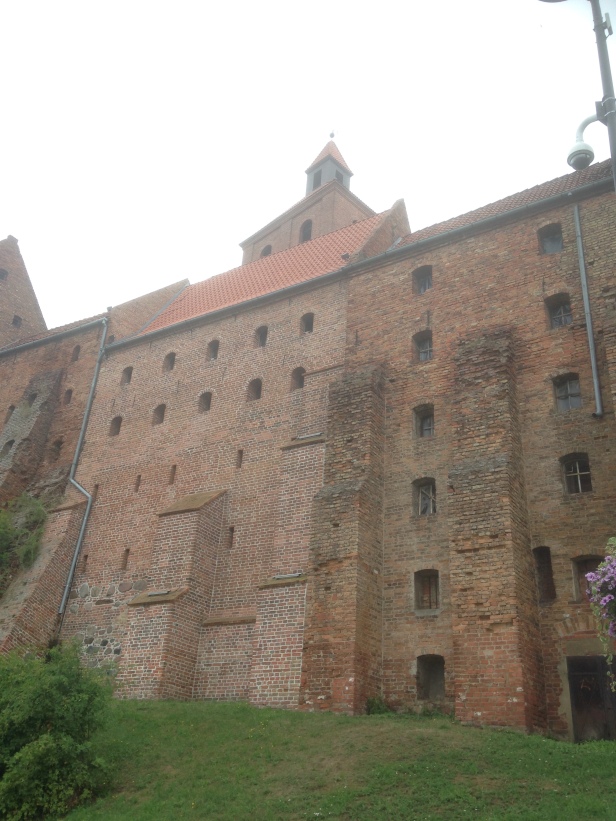 Its lovely and sunny on our second day at Grudziadz. We arrived yesterday from Malbork after two days of rain. We were parked up at an aire in the backyard of an older gentleman. That night, it was us and 4 other motorhomes. The next morning still raining a spanish motor home, parked at the bottom of the garden got stuck in the mud. The owner looked on as the poor guy gets out and tries to look for a way out. Finally the owner goes and gets him some wood, but no he is still stuck. Jas and I decide to go and see if we can help. It’s now us and two other guys trying to push him out. Jas is covered in mud from trying to dig him out and we are all soaked through. In the end I’m pointing to the guys who were doing road works out the front. Im saying to the owner we need their loader to pull him out. Off he goes and the next thing the guys are towing him out with the loader. The poor guy, I think he thought he was stuck for another night. Saturday morning, and still raining we headed to Grudziadz arriving at a marina on the Vistula river.

Grudziaz dates back to the rule of the Teutonic knights and again has the famous brick work.  Castle mountain has the remains of the castle, where the Klimek tower stands, the view over the Vistula river from above is fab and reminds me of the Danube. The water gate and the city walls lead on to the the brick granaries, a continuous line of structures/ buildings along the riverfront. The river wide and fast flowing, people fishing on its banks. A small bird of prey arrived on the fence next to us and sat for a while before flying off. Talking about prey, George doesn’t like cats and one decided to take him on yesterday. As he was jumping on the lead towards it, the cat came running up, hissed and swiped him across the nose. Good thing he was on the lead otherwise i think he would have been worse off.  Last night they had a swing dance on at the marina, providing free entertainment. Today the sun was out and the dogs lay basking in it.  Tomorrow we are off to Torun a medieval town, that is also famous for gingerbread. Later this week we are hoping to pass into the Czech republic, after spending just over a month in Poland. 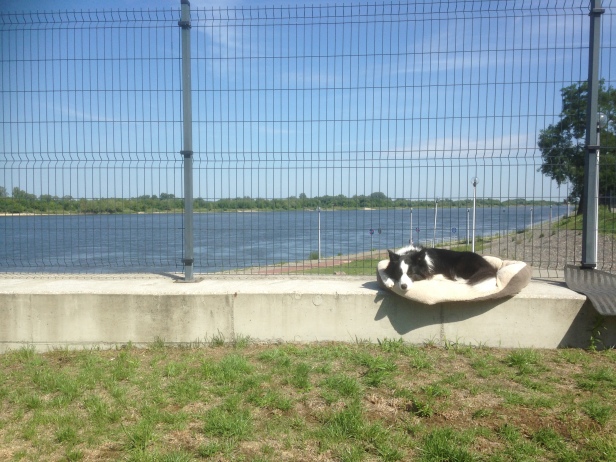