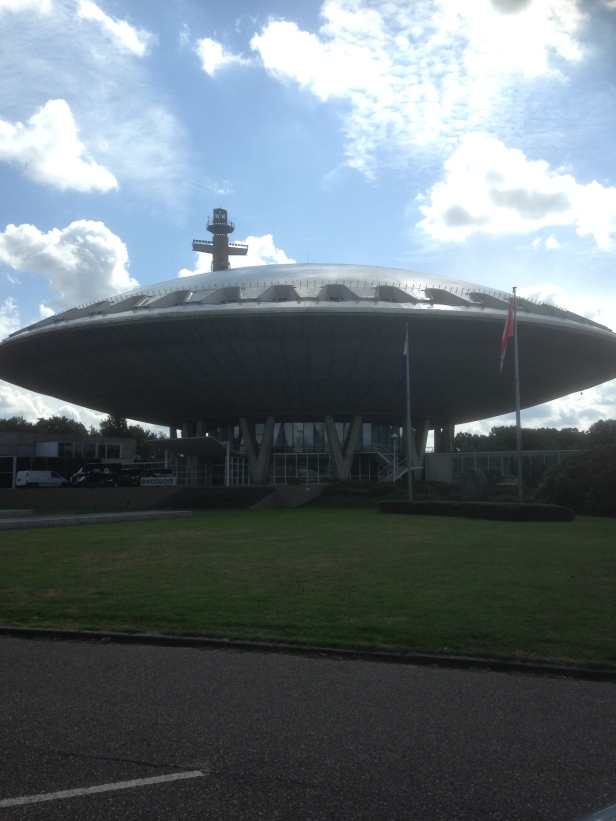 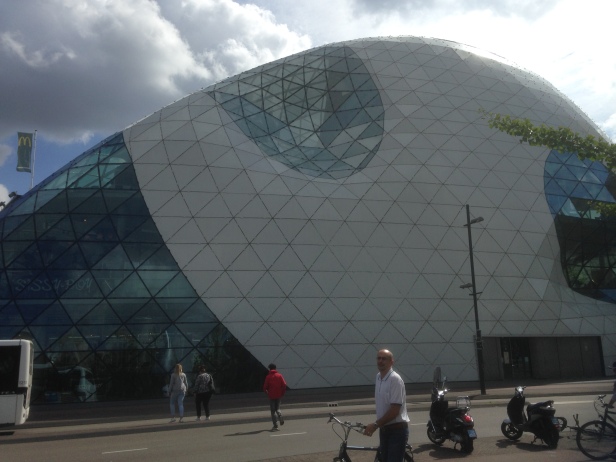 Yesterday we travelled to Eindhoven and the €3 park and ride for our night stop. Situated about 4km from the centre, it’s a cyclist dream. We wandered along the path way next to the elaborate cycleways. Hundreds of cyclists heading in every direction. Then along comes a scooter or two, they also are using the cycleways. Today we even saw a smart car use one, im not sure that’s allowed. Eindhoven, known as the birthplace of Phillips electronics and a real design centre. So many places we visit, its old history. This was like walking into a sci-fi movie. Past the Evoluon centre, it looks like a space ship. Then the dome like shops, with reflecting windows. 3D tiles on the sides of buildings. It’s definately interesting checking it out. Yesterday I was fortunate to be on the receiving side of a good deed. I had gone to the Nettorama, to buy a few groceries. Both my bank cards wouldn’t work. MasterCard and Visa. My cash was back with Jason. I was panicking that my cards was wiped. The lovely couple behind me offered to pay my €10, to which i first said, its ok ill put it back. They insisted, and i was so grateful. Such a nice thing to do for someone you don’t know. So in the future I will pay it forward. The weather has been wet and overcast, so we headed off today to De Haar castle. The grounds are stunning and the outside of the castle looked amazing. We walked the grounds as we didn’t want to pay the price of €16 each to go inside, also €5 for parking. Obviously loads of people find this expensive as most people were in the grounds. It has 55 hectares of grounds, with a deer park, rose garden and grand canal. The maze was fun, you could hear people laughing as they came to dead ends, as we did a few times. As we returned to the car park,  a tractor was parked with a colourful painted cabin attached. A new age dutch motorhome. For more photos check out our facebook or instagram pages. As the rain came over Castle De Haar, we travelled onto a fab aire out on the canals in Weesp. Its peaceful and only 30 mins to Amsterdam. The owners here have set it up so well. Showers and electric included. Fresh pears for sale, a book exchange and so much information on whats in the area. Its been harder to find good cheap stops here, that offer all that you need. We are looking forward to travelling north. Canals, windmills, cheese and bicycles here we come. 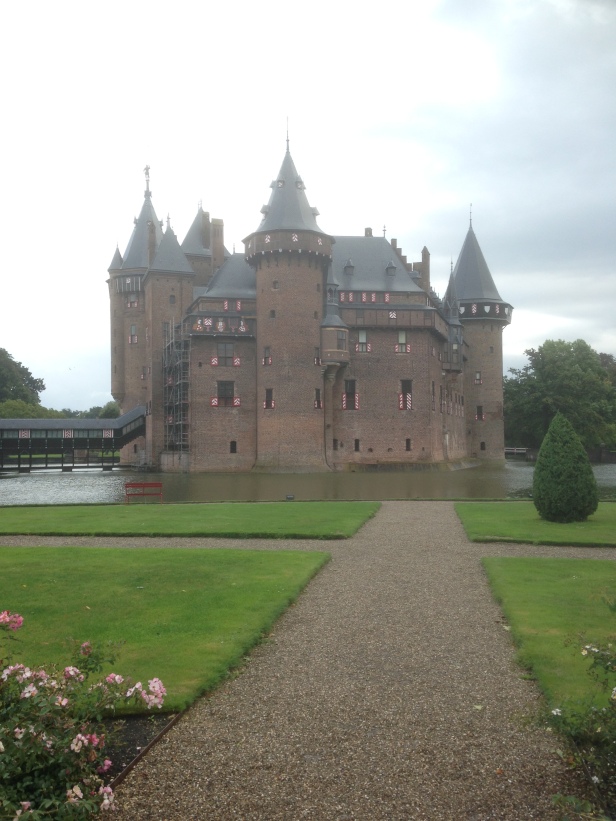