The beautiful Praia da Vagueira, just out of Aveiro. Parked under the sand-dunes at a water park. Great wifi and electric for €9.50 a night. A boardwalk on top of the dunes connects to near by Vagos. The surf rolling in and the empty beach. Yesterday surfers arrived in droves for the afternoon sets. We arrived at mid – day to a friendly welcome from a guy called EM Joy  (I’m still not convinced i can say his name right). After our previous eventful night and lack of sleep, it was great to be back at the sound of waves crashing. Aveiro was beautiful and our park for the night free, we were told the over bridge was noisy, but we thought its ok its only one night. Well what a night it was, we didn’t think about it being a weekend. The youngsters started drinking at about 8pm and cars kept arriving until a nightclub amazingly started up at 2am, blasting a constant thump of beats. And to add to that a guy hit the centre CONCRETE island on the entry. It was so loud we thought something had fallen off the overbridge. Not only did he hit it he mounted it, breaking off huge chunks of concrete and destroying his front tyre and I hate to think what else. As his motor home limped off, all we could see in the darkness was people walking around it. A tyre change later they parked up. A couple of hours later they were gone. If we did the damage he had done im not sure i would have driven off in the middle of the night. Today bought about a walk down the boardwalk for me to do the weekly clothes wash. Jas took the dogs for a run on the beach. And then we left the dogs in the camper and cycled to the nearest town of Vagos for bread (Jas said this is the best bread hes eaten and a bargain at 8 large rolls for €2) and to look to see if the restaurants are open tonight. Think we may stay a couple of days as we are in shorts and t-shirts soaking up some sun. One week till christmas we need to plan some stops down the coast and a stop at some dinosaur footprints past Lisbon. 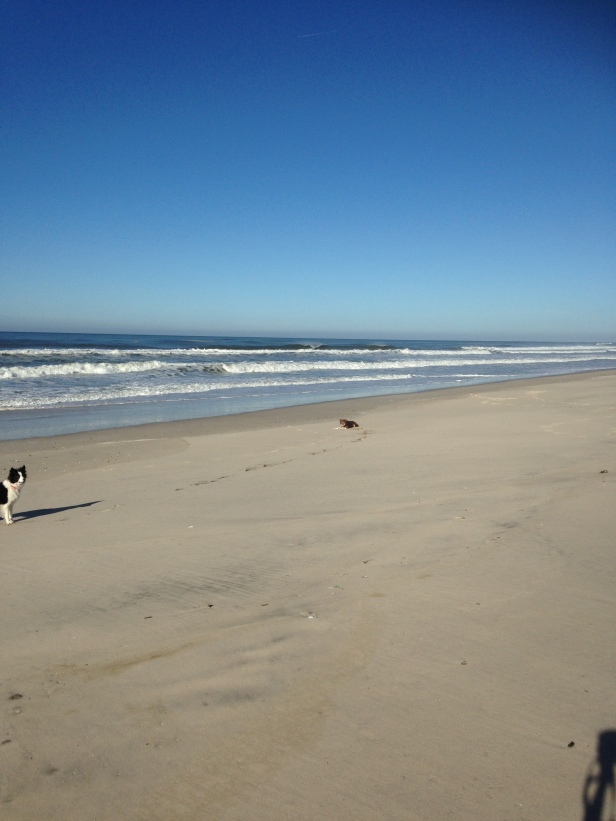