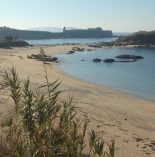 Having travelled through most of the north and a bit of the south of Spain you get a fair idea how things work. There are so many things to love, you can see why people flock here. Things we love about Spain and don’t love are…….

Things we don’t love so much

That is about it generally speaking, most people would love Spain like we do. A must on the travel list if you ask me…………….