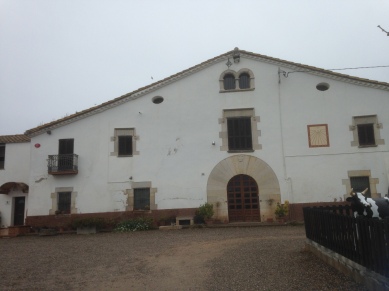 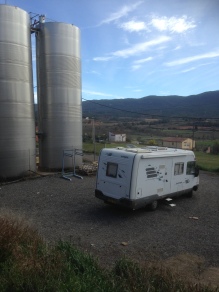 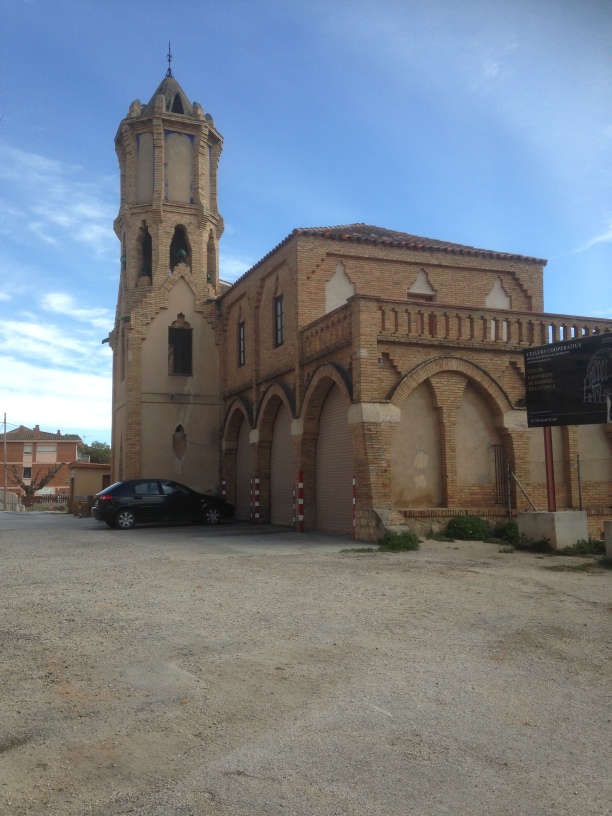 After a fab two days in Tarragona and the rain setting in for a couple of days we headed inland to Barbera de la Conca and then Salitja near Girona. But not before stopping off 4km from Tarragona at the Les Ferreres Aqueduct. A two storey Roman aqueduct that’s still mostly intact. It’s inland in the forest a quick 3 minute walk off the main road and we worth the walk. 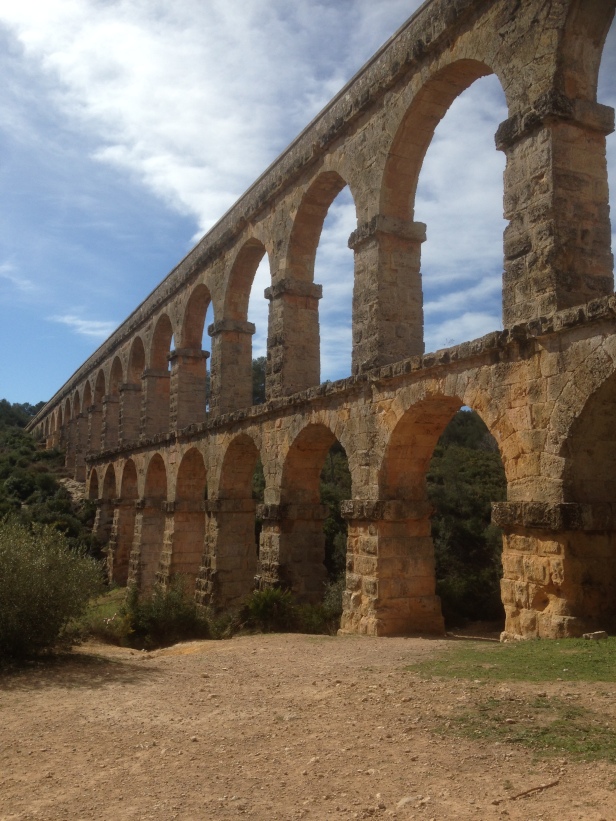 Barbera de la Conca has a wine co – op that stores and sells the local wines. It specialised in Rose for the region and a 2L bottle on tap was €3.50. After sampling a few rose and red glasses I went on to buy local salsa, aioli & rose wine. The guy in the co-op was great explaining what he could in English and surprised that we had turned up in his town of just 500. We talked about the politics and arrests of politicians in Catalonia and the lack of jobs for young people. He told me the tour de Espana had passed through two days before, which I was gutted to hear as I love cycling. As the rain and the chilly wind set in on Saturday morning we set off early on a two-hour journey up through the mountains to another aire. Only to find it was a mud bath and freezing. We then carried on another half an hour to a farm aire, free with electric. The farmhouse dates back to 1500 and has an amazing farm museum including handmade miniature stone houses. The dairy farm produces fresh produce that is so good, and sold in the farm shop. There is also a restaurant on site plus farm tours in Spanish. Girona is 15km away and the airport can be seen from here. Yesterday we sampled the fresh leche(milk), like the old days in a glass bottle and the freshly made vanilla ice cream. Today we bought fresh steak, burger patties plus liqoured infused yogurt produced on the farm. Local marmalade and honey produced in Catalonia and tomorrow fresh eggs and leche before we leave. This a fab stop that I hope more people visit. Free accommodation, but im sure people will visit buying the local produce. Whilst talking to the owner this morning I was saying that last night we could hear what we thought was cows giving birth. She laughed and said no its the three bulls (obviously not giving birth). The sound can only be described as something in distress, so who knows what the bulls were doing to each other. Driving here yesterday was beautiful, many a mountain shrouded in fog. But the forests and greenery that now surrounds us reminds us of France. The spring blooms, blossoming on the vines and the ground covered in daisy like flowers.  We love the history of many of the cities and towns but the countryside offers a simple beauty, that makes a country what it is. Girona is next before we head to the french border during the week.